I just came back from a 2 week holiday in Indonesia. Let me tell you about it in this episode. Right-click to Download.

Some of what I’m going to say to you was written in a notepad while I was there, some of it was written when I got back, and some of it is just me explaining my experience from memory. I’m not teaching you specific language in this episode, but as ever you’ll find this to be full of descriptive vocabulary, and a variety of grammatical structures including some narrative verb tenses. Some of this is transcribed at teacherluke.co.uk, and some of it is unwritten. If you’d like to actively practise your listening skills, why not transcribe some of the unwritten sections. A google document for this episode is now open. Check the page for this episode (click here!) or check the Transcript Collaboration page to find that google doc. I know that I have some listeners in Indonesia, so I would like to say a special “hello” to you at this point. Thank you for hosting my girlfriend and me in your beautiful country. I understand that I only really scratched the surface of your culture in the 2 weeks that we were there, and we acted as rather typical tourists. I apologise in advance if I misunderstood anything about your country or your way of life in this episode, and I hope you realise that whatever I’m describing here is really just my subjective experience. I know you understand that this is just my attempt at describing what it’s like for a European to visit Indonesia for a couple of weeks. I’m not pretending to be an expert on the place, but rather to just describe my own experiences whether positive or in fact negative. I hope you enjoy hearing me describe my time spent in lovely country.

At this point I can’t say how long this episode will be, but I suspect that it will probably go on for quite a long time because I have lots of things to talk about and describe. It’ll probably be divided into several chapters, so this may be just part 1 of a two-part series, which I think you’ll agree is a perfectly good thing indeed. Have you been waiting for a new episode? Well, the wait is over. So sit back, brew a large pot of tea, smoke a cigar, pop open a bottle of wine or simply lie on your back, close your eyes and do whatever you have to do in order to get into the appropriate mood to fully appreciate this new episode of Luke’s English Podcast.

Back to the Beginning (Transcribed)
There’s a difference between “travelling” and “going on holiday”. “Going on holiday” usually means spending a relaxing time away from home, perhaps somewhere sunny, where you can lie on the beach, see the local culture a bit, eat some nice dinner, get a sun tan and generally take time away from work. “Travelling” on the other hand is slightly more adventurous. It’s not just about taking time off work. It’s also about having experiences, coming face to face with a totally different way of life, taking risks, moving around a lot, challenging your view of the world a bit, broadening your horizons, meeting people, investing in your future, seeing the world. When you go on holiday you take a suitcase. When you go travelling you take a big backpack. When you go on holiday you might do very little. When you go travelling you do all kinds of adventurous things, and fill your time with rich experiences.

Also, I’m sure the locals are usually quite happy to have us visit their countries. We bring in lots of tourist money, and give them a chance to meet people from different cultures too. Anyway, I’m just saying, it can be a bit complicated being a tourist, but perhaps that’s just because I’m a complicated tourist.

So my girlfriend assured me that she’d be fine with the conditions, and so we agreed, “Yeah, let’s go travelling this summer, even just for a couple of weeks! It’ll be awesome and we’ll have experiences that we’ll never forget! Let’s not just go to the mediterranean, we can do that when we’ve got kids. Let’s push the boat out and visit some stranger shores.” Suddenly I was really looking forward to another travelling experience again, but this time with my future wife along for the ride.
We settled on Indonesia after quite a lot of searching. We had considered Mexico, but decided we’d need more time, and we weren’t sure of the weather in some parts of the country in August (although I’m sure it’s great and we plan to visit soon – it has so much to offer), we considered Jordan but decided it would be just too damn hot, especially near the dead sea where it can reach temperatures of up to 50 degrees Celsius in August. In the end we went for Indonesia, but even then two weeks was clearly not enough. We booked our flights in and out of Jakarta, and then planned a basic itinerary.
What I’ve just read to you was written, partly when I was there on holiday, and partly just after coming back.

Indonesia Experiences (notes, but not a full script)
Now I’d like to just speak in an unscripted way about the experiences we had on our travelling holiday in Indonesia. Eventually, I will describe our experience of climbing mount Rinjani, followed by the boat journey which I described at the beginning of this episode.

Indonesia is an archipelago – over 13,000 islands. Some of the main islands being Java, Bali, Lombok, Sumatra and Komodo.
Positioned in South East Asia just below Malaysia, Thailand, Cambodia, Laos & Vietnam, to the east of the Indian Ocean and north of Australia. It’s really far away from northern Europe. It’s almost on the other side of the world!

The place is famous for a number of things, including its local culture of music, dance, puppetry and textiles. It has a mix of different religions, including Islam, Hinduism and Buddhism which all combine to enrich the culture. The climate in August is hot and sunny, slightly humid. There are some big, bustling cities full of markets, street side restaurants and cafes and religious sites. In the countryside there are plenty of volcanoes, many of them still active, and beaches with white sand and coral reefs. It’s also famous for the friendliness of its people.

It’s possible to spend lots of time there. We only had 2 weeks, which isn’t enough time to see everything and also relax. We tried to combine travelling & activity, with some downtime relaxing on the beach.

Bali is probably the most famous tourist destination, and every year thousands upon thousands of tourists visit the island, many of them from Australia. We decided to miss Bali, to avoid the tourists if possible. In the end we chose to spend some time on Java, visiting Yogyakarta city and its nearby temples of Borobudur and Prambanan. We also wanted to see several volcanoes on the island – Mount Bromo and Kawa Ijen, both of which are said to be incredible sights to behold, particularly at sunrise. In the end we didn’t see these places, just because of lack of time and in an effort to avoid spending too long in the back of a car, driving to each site. It’s a pity that we didn’t see them, but we thought we’d make up for it by spending 3 days climbing another famous volcano – Mt Rinjani on the island of Lombok. So, we flew to Lombok spending several days in a beachside area called Senggigi before doing the 3 day trek up Mount Rinjani. We planned to spend the last 3 days of our trip on a tiny island called Gili Air, just off the coast of Lombok. I’ll tell you more about it later.

Planning a travelling holiday is like ordering a pizza – keep it simple. I have a theory that you can spoil a pizza by adding too many toppings. Just keep it simple and put a maximum of 3 toppings on the pizza. It’s the same with this kind of travelling holiday – don’t try to pack in too many things. You’ll end up spending most of your time carrying a backpack around, stuck on a bus or in the back of a taxi. You can’t try to visit too many places. You’ve got to slow down and just try to do a few things.
Also, time moves pretty slowly in these places, and you can’t expect everything to happen in a punctual manner. All it takes is for one bus to break down on the road, or for one flight to be delayed, and you’ve lost a day. Stuff happens on the road, you can be sure of it. So don’t plan too much, you’ll just spend all your time moving from A to B. That’s why we tried to keep it simple and not do too much.

First Impressions / Differences
It immediately feels both relaxing and chaotic at the same time. It’s relaxing because people live at a slower pace.
People’s lives seem more simple (not necessarily worse).
People are friendly and smiling.
The locals seem curious, and perhaps judgemental – but ultimately they’re friendly and nice.
I wonder what they must think of us foreigners.
It’s cheaper.
SO many scooters!
It seems more basic, low tech. E.g. scaffolding made of bamboo.
The people are very musical. I was impressed by the traditional music, which seems to be a bit like electronic ambient dance music I used to listen to in the 1990s.
It’s made by great teams of musicians who play different parts on various percussion instruments, like xylophones, or bells, some of them very large which make deep bass sounds. We were struck by the musicality of the people. We saw lots of live music – either traditional or modern, and the locals just seem to be naturally musical, with music playing in the background in lots of situations. Sometimes we overheard traditional music being played live nearby somewhere – that deep bass sound booming through walls.
Islam is the primary religion. The call to prayer is a regular sound and happens during the day and first thing in the morning, often at 4.30AM. 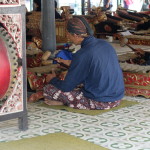 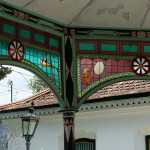 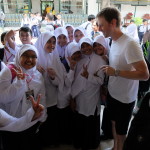 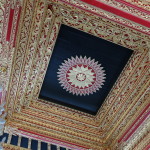 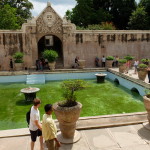 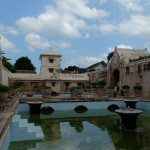 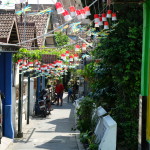 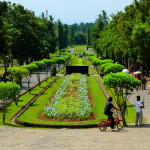 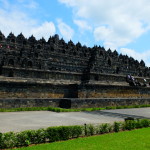 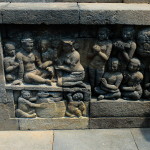 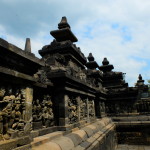 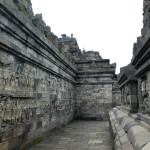 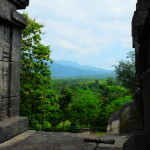 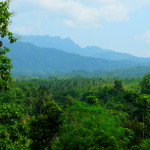 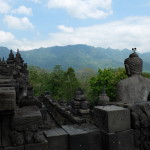 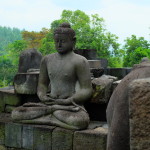 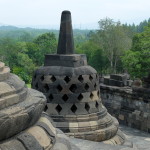 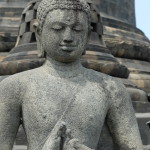 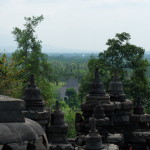 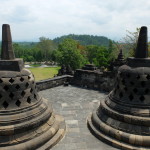 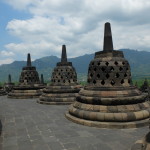 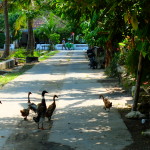 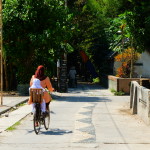