Part 2 of my account of my travelling experience in Indonesia. Please listen to part 1 before listening to this one. Do leave your comments, thoughts and opinions below. Right-click here to download.

What you can read here is just notes. It’s not a full transcript. These are notes I wrote to help me remember details about my travelling experience. You should listen to the episode to get the full account.

I can’t go into too much detail. Lombok is the next island after Bali and it’s less touristy than Bali, but just as beautiful with lush greenery, sandy beaches, friendly people and a large volcano in the middle. We stayed in the resort area of Senggigi to get some beach-side relaxation. Snorkelling, reading, listening to the live band at sunset, swimming in the pool, enjoying the delicious local food in street side warungs, buying some handicraft in the local market, strolling along the beach at night.
We also started planning our Mount Rinjani climb. I’d like to tell you about that in more detail now.

Mount Rinjani
It’s the second largest volcano in Indonesia, but it’s still pretty massive. It’s nearly 3 times the height of the UK’s highest mountain, Ben Nevis. It’s an active volcano. It rises up about 2,500 metres to the crater rim which is about 7km wide and has a large lake inside, and a smaller volcano which last erupted in 2010. Then the peak of the mountain is on one side of the crater and rises to 3726 metres above sea level.

The Boat Journey (again)
No, we didn’t really capsize in the middle of the sea. The boat arrived safely on the island and we had a lovely 3 days. But, it felt at any moment that things could have gone wrong, and in fact they did go wrong for a similar boat near another Indonesian island just a few days earlier. As I said before in this episode, travelling is an amazing experience, but at times it feels pretty scary! I just wanted to express the adrenaline rush and the fear factor that you can experience in these situations. On that boat ride, and during the Rinjani trek, I really was trying not to panic sometimes. I was trying not to get freaked out by what could have happened. You might be thinking – Luke you worry too much, or something like that, but I think I’m just being realistic. We do have these moments of fear. That’s what makes it exciting. Sometimes you have to get a little close to the edge in order to really experience real life. When everything’s so safe it can get a little boring, can’t it? It’s character building stuff. 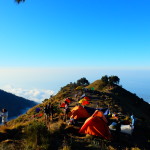 Our home for 2 nights 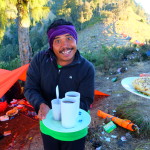 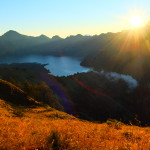 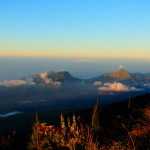 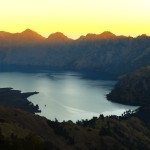 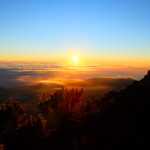 Hope, in the form of the sunrise 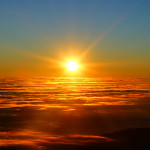 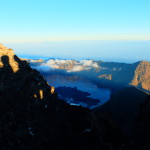 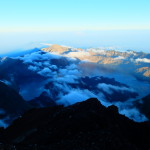 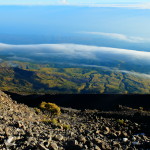 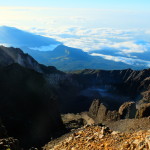 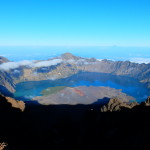 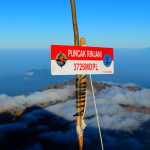 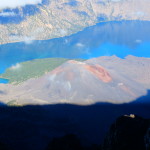 The mini volcano inside the crater rim 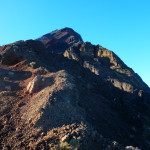 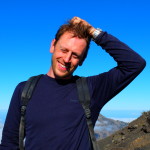 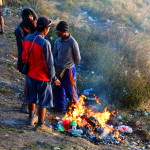 One solution to the litter – just burn it 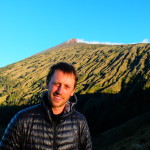 The summit behind me. It looks so near, but it takes 4 hours to climb up there! 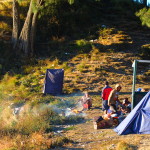