I’ve decided to celebrate the 400th episode of LEP by making up an improvised comedy story, just for fun. In fact, this is the long-awaited sequel to The Pink Gorilla Story from episode 125.

[DOWNLOAD]
In this episode I’ve decided to tell you an improvised comedy story in the ‘one-man-show’ style – the whole thing is made up on the spot with different characters and jokes along the way. It’s a challenge for me to do this kind of episode, and it might be a challenge for you to listen to it too, I don’t know! I certainly hope you enjoy it.

This kind of never-ending ridiculous story is often known as a shaggy dog story. It’s an old joke archetype. People have been doing this sort of thing for years. Shaggy dog stories are just jokes that go on and on forever, although I think 80 minutes might be some kind of record.

a long, rambling story or joke, typically one that is amusing only because it is absurdly inconsequential or pointless.

This episode is actually a sequel to the original Pink Gorilla Story from a few years ago. That one is kind of a cult episode, meaning it is really popular with certain listeners. For some people it’s their favourite episode ever. I really enjoyed recording that one because it was a chance to just have fun, let my mind run and try to think of funny scenarios and dialogues, which is quite liberating. You could try doing it too as an exercise in liberated creative storytelling for fluency or production. Switching off your ‘internal editor’ and letting your mind run free with crazy ideas can be very fun and can open up your creative side, which I think shouldn’t be forgotten in your quest to develop your language skills.

Similar stories I’ve done in the past

I have done other improvised stories like this in the past (linked below), but The Pink Gorilla Story was the first one I did and I’ve been meaning to do a sequel for a while. So, finally, here it is.

173. The Curse of the Lambton Worm 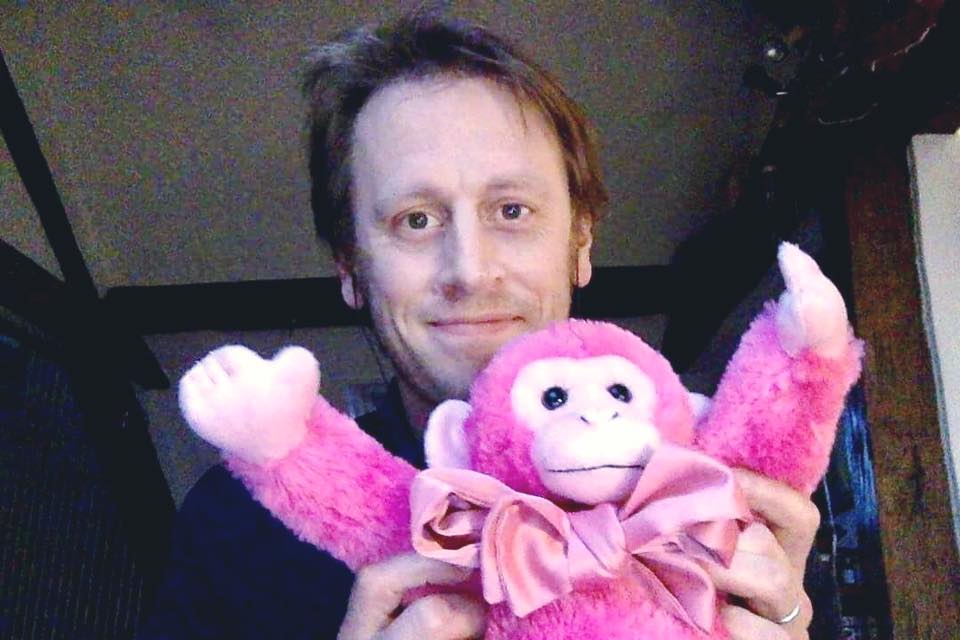