Hello. Welcome back to LEP. I’m talking to you again as the rain falls on the roof above my head.

I hope you are surviving out there in Podcastland. There’s been a little delay since the last free episode, because I’ve been making and uploading content for the premium subscribers. Premium people will know that I am in the middle of premium series #22 which is a vocabulary builder series which also has examples from films and TV shows. I’m halfway through that series, and I’ll be uploading the remaining episodes after I’ve published this episode (this is 662) and the next episode (663) of LEP. If you want to sign up to LEP Premium to get all those other episodes I publish, just go to www.teacherluke.co.uk/premium

But here we are. This is episode 662, called Catching Up with Amber & Paul #10, the first of two Amber and Paul episodes. The podpals Amber Minogue and Paul Taylor are back again, this time on Zoom – the lockdown videoconferencing software of choice.

Obviously we are social distancing and so we couldn’t record in the same room. The result is that the sound quality is not up to the usual standard. You’re probably used that now, I expect – talking to people online via Zoom and other software has become the new normal, so it’s probably no big deal really to hear a conversation recorded on Zoom, but you might find the audio quality makes things a bit more difficult to follow. For example, sometimes Paul in this episode sounds a bit like a robot alien or an Aphex Twin remix – you know they way people’s voices distort sometimes in videoconferences? Anyway…

The subtitle of the episode is “Surviving Lockdown with Kids”.

A bit of a heads up here at the start. This is quite a child-heavy episode because all three of us have got kids and so naturally this is dominating our experience during the lockdown. We couldn’t do a “catching up” episode without talking about our children. They’re there all the time, you see. We’re not complaining, it’s wonderful. But it is what it is.

Those of you with children will know exactly what this is like. Those of you with no children might not be fully on board with all the kid-chat. I don’t know. Anyway, you can expect quite a lot of conversation about being locked up with our children in this episode, including things like how to keep them busy all the time, how their languages are coming along, which childrens’ TV we choose to watch, and which shows we like, don’t like or find really weird, including programmes like Paw Patrol, Puffin Rock, Peppa Pig and Tellytubbies, which can be found on Netflix, YouTube or Cbeebies the childrens’ BBC channel.

There’s also other stuff, including a tangent about a French tongue twister which is “ton tonton tond ton thon” which translates as “Your uncle mows your tuna”, which doesn’t actually mean anything really. To mow is to cut grass with a mower, like you would mow the lawn in your garden or mow the grass on a cricket pitch or something. Tuna is a fish, as you know. So, if you say “Your uncle mows your tuna” in French, it sounds pretty funny – “Ton tonton tond ton thon”. The words sound the same but are spelled differently. It’s just one of those funny things in French.

I’m mentioning this because we talk about it for a few minutes and there’s a good chance that if you don’t speak French you’ll get lost at that point. So I’m just trying to prepare you.

Paul also mentions an English tongue twister, which is “English can be a difficult language. It can be understood through tough thorough thought, though”. When you see that written down, the words have very similar spelling – THROUGH TOUGH THOROUGH THOUGHT THOUGH, but  they are pronounced quite differently. You can see that written on the page for this episode on the website. 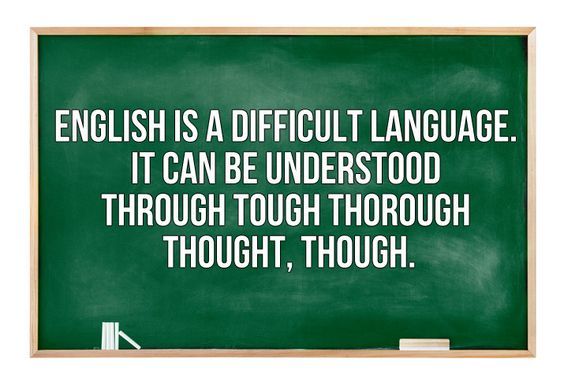 These tongue twisters came up in one of Paul’s recent YouTube live videos, because he’s doing YouTube Lives every day during the lockdown. He can’t do stand up shows at this time, so YouTube live is how he is keeping in touch with his audience. His YouTube lives are called “Happy Hour with Paul Taylor” and basically at 6PM CET every weekday Paul opens a beer and talks to his audience, answering questions and generally having a laugh for about an hour. Just search for Paul Taylor on YouTube and don’t forget to smash that like button and subscribe. Hit the bell icon to get the notifications for when Paul is going live, and represent the LEPsters in Paul’s comment section.

Anyway, as well as a few tangents and things, there is quite a lot of stuff about living in lockdown with kids, but this episode is not for kids, it’s not really suitable for children because there’s swearing. The F bomb gets dropped here and there, and some others, so you might want to bear that in mind if you’ve got kids in the room –> either because you don’t want your kids hearing those words, or because you do want your kids to hear those words in order to for them to learn them and you might want to turn up the volume. I don’t know, it’s up to you. The main thing is: There is swearing in the episode.

I’d like to just make a quick note about swearing on the podcast actually because I was having this conversation in the comment section today.

For me, swearing on its own isn’t always bad – it depends on the situation and the intention behind using swear words.

I include swear words on the podcast sometimes because I want the podcast to be authentic and when I am talking to my close friends and family, swear words do come up. But I’m not saying you should use them all the time.

There’s a difference between saying a swear word to emphasise something, like for example (and I’m going to swear now) “That film was fucking awful” That is different to swearing at someone in order to insult them, like “You’re a fucking twat mate”, which is something I don’t really want to condone.

I’m saying that because I want it to be clear that although I have swearing on the podcast sometimes, I’m not saying that I’m a huge advocate for swearing all the time and I’m not trying to teaching people to swear at each other.

Was that a patronising thing to say? I’m not sure. I am a teacher after all so I feel I need to say things like that sometimes.

Anyway, we talk about children a bit in this episode, but it’s not really for children and after this one, there is another Amber & Paul episode coming (ep 663) with no conversation about our children at all, so there you go.

But the main thing is – Amber & Paul are back on the podcast, which is great. So let’s get started. I will talk to you again at the end of the episode but now – here is the jingle!