In this episode I read out some poems written by listeners, and then it’s time for another episode of LFC (Luke’s Film Club). This time I’m reviewing the film Kingsman: The Secret Service. [Download]

Poems
Thank you for your poems in response to episode 258. I read some of them out in this episode. You can find the poems under episode 258. 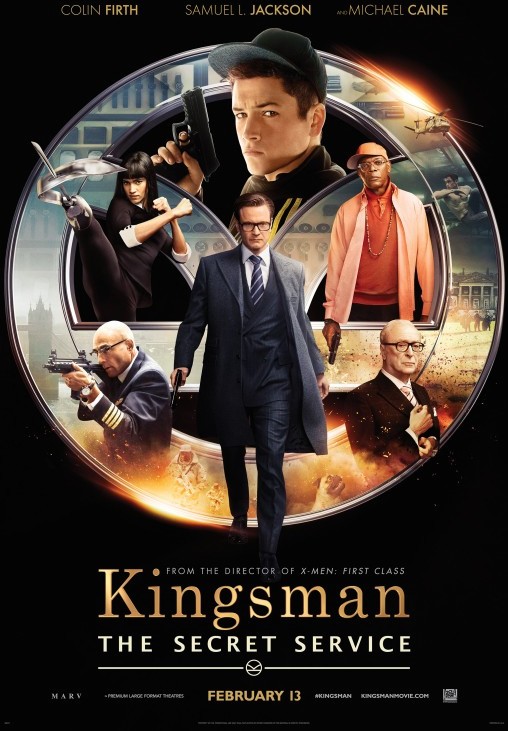 Kingsman: The Secret Service Film Review
Message from Dongsik (South Korean LEPSTER)
Luke, how are you?
It’s so abrupt but may I ask a favor of you?
Someday in your podcast, could you explain British culture in the film ‘Kingsman : the secret Seervice’? or just tell the audience about your thoughts on the film? If you don’t mind. For example, accent, clothes, social class, colin firth, whatever related to UK in the film. The movie really brings me back to UK. It’s so impressive to me.
I don’t push you, I kindly ask you, so I hope I could listen to those things in your podcast someday.

Overview
-What kind of film is it?
-Who directed it?
-Who is in it?
-What’s the plot?
-What did I think of it?
-Elements of British culture
Certain symbols or icons of Britishness or certainly London life.
Class: The upper class & the lower class.
Posh people & chavs/hooligans

Good Things
It’s fast & furious, it’s never boring, it is visually quite arresting, there are some great actors involved, some gripping moments of action, and some genuinely shocking and stunning moments. It’s pretty funny and entertaining.

Bad Things
It’s a bit too ‘laddish’ for me. It’s too violent (Did I say too violent? Me?) I’m okay with violence in films usually, but this seemed to go over the top, in one scene in particular – and seemed to just enjoy the cartoon violence a little bit too much, like in Kill Bill Vol.1. It has its cake and eats it too – it’s parodying all the clichés of spy films, but at the same time celebrating them, and bringing the genre back to a point before it was post-modern and deconstructed.

It seems to have the same values as an old Bond film from the 1970s. It’s stylish and very British, but also misogynistic and quite right-wing. The ending, for example, is like something from the end of a Roger Moore film, but even more suggestive and explicit. Perhaps I’m being old-fashioned or something, but I found it to be a confirmation of sexist stereotypes. I think it was misjudged and a bit clumsy to end on a moment like that.
*Spoiler alert* I explain the ending here… (no great surprises though)
Posh images: tailors on Saville Row and their suits, umbrellas, pinstripes, wood panelled offices and gentlemen’s clubs in Mayfair, glasses of whiskey, old school ties, the British Army & secret service, privilege, a sense of entitlement, disdain for the lower classes.
Lower class images: Council estates, pubs full of aggressive criminals, cockneys, young criminals & gang members, petty crime, drugs, alcohol, fast cars, domestic violence, an irresponsible Mum who is abused by a violent boyfriend, London grime music such as Dizzee Rascal (although this side of London life is better captured by Attack The Block), London youth dialect.

Culture clash – between working class and upper class.
Much of this iconography belongs to the world of movies, fantasy or simply to the past. Not many people dress like Colin Firth in this film, or indeed act like him.
Other film/culture references: James Bond, The Avengers, Michael Caine films like The Ipcress File, My Fair Lady, The Bourne Identity.

All in all, I think it will do well internationally. The audience in Paris seemed to enjoy it a lot. It will probably be a hit with young blokes around the world who get off on the values of old James Bond movies, and who like comic book violence and a bit of casual sexism too.

Have you seen this film? Would you like to see it?