Talking to my brother James about the significance of the number 666, and then some scary music including ‘The Devil’s Interval’, Black Sabbath and more…

This is episode 666 and the plan is to talk about all things evil, satanic, demonic, wicked, unholy, malevolent, hellish and scary, focusing on pop culture – music and films and a few anecdotes and rambles.

This is part 1 and this one deals mainly with the musical side of things after we talk about the significance of the number 666.

Just in case you don’t know, the number 666 is associated with the devil, satan, lucifer and generally frightening things like that.

A DISCLAIMER: We’re not trying to offend or upset anyone!

Before we begin, here is a disclaimer of sorts.

I know people are very superstitious out there.

Just talking about this subject will probably make some people a bit uneasy or uncomfortable. Some people take this sort of thing quite seriously.

But, don’t worry, we don’t believe in numerology, the occult or satanism.

It is interesting but we don’t really believe in it.

Yes, there is a phobia of this number. In the same way that some people have claustrophobia, arachnophobia or glossophobia, there are people out there who have hexakosioihexekkontahexaphobia.

So, if you are one of those people, if you are very superstitious about this stuff, or if you are of a particularly sensitive nature then this might not be for you.

Also, you should know that during this episode we will be playing some extracts of fairly loud and scary music, and also you will hear some clips from scary horror films – including weird and creepy background noises, maybe some screaming, maybe the sound of a chainsaw… you know, stuff like that.

So if you’re listening on headphones or something and you hear some scary noises, those scary noises will probably be coming from the podcast, rather from the world around you…

But just bear in mind that there will be scary noises and some heavy-ish music during the episode, I hope it doesn’t give you a shock or freak you out too much.

OK, I feel I should say that stuff before we start just to give some of you a little warning.

My companion in this episode is my brother James, naturally. He is the scariest person I could think of to invite onto episode 666. (just joking, he’s lovely)

Actually, ages ago James claimed episode 666. He bagsied it.

Also, listeners have been asking me about this since they realised that I’d make it to 666 episodes. Typically comments are like this: Luke, Episode 666 is coming up. I hope you are planning something special for it, like maybe an episode on heavy metal or horror films or something.

Well, that is the plan.

Maths experts show us how 666 refers to Emperor Nero, and how 666 is not such a remarkable number.

The Triumph of Death by Breugel (don’t look too closely unless you want to see all the disturbing details) More info and a high-res image here mikemonaco.wordpress.com/2010/04/15/the-triumph-of-death/ 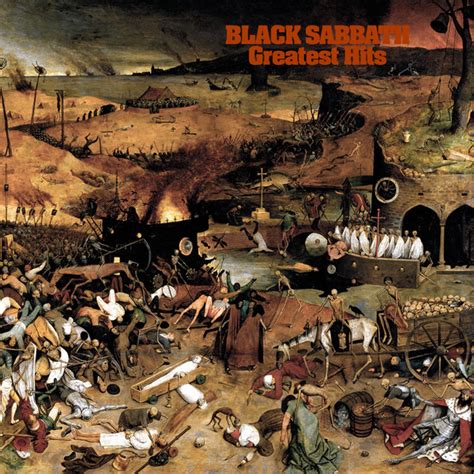 Hello everyone, this is actually the end of part 1, we will continue the theme in part 2 and as you heard just at the end there we are going to tell some true stories about frightening things we’ve really experienced in our lives.

So, some anecdotes are coming in part 2.

I hope you have enjoyed part 1 and that you’re not feeling too disturbed or anything.

Just to recap, we talked about the origin of the idea that 666 is the number of the devil, and how it turns out that it’s not quite as satanic as people often think. Then we talked about the devil’s interval in music – the augmented 4th or diminished 5th depending on your outlook on life (augmented means raised – to augment means to increase the value of something or to go up, and diminished is the opposite – to diminish means to make something less – so when you go up one semitone from a fourth you get the augmented 4th, and when you go down from a 5th you get the diminished 5th, but they’re actually the same exact note – just two ways of describing it). We talked about that, which is a feature of so-called unholy music, and then we had a good old ramble about Black Sabbath, heavy metal and other scary forms of music.

Still to come we have our scary stories and then in part 3 we turn to the topic of scary films.

Leave your comments in the comment section if you fancy getting involved.

Thanks again to Kate Arnold for her input in this episode.

App users – you will find a bit of bonus audio for this episode. It’s Kate talking more about The Wheel of Fortune, which is the name of her album, but it’s also an image which appeared in a lot of medieval art and culture. So if you’d like to hear Kate talking for a couple of minutes about the wheel of fortune, then tap the gift icon for this episode in the LEP App. The icon can be found when you’re playing this episode, it’s next to the share, favourite and download icons in the app. If you don’t have the app, you can get it free from the app store on your phone, just search for Luke’s English Podcast App.

If you’d like to hear Kate’s music properly, without it being faded out by me, then check out the page for this episode on the website where you will find links to her album on Bandcamp and also some YouTube videos of her stuff.

Also on the page for this episode on the website you’ll see a video from Numberphile, explaining in more detail how the number 666 is a code which refers to Emperor Nero rather than the devil, plus some footage of Black Sabbath and the Heavy Metal Britannia documentary which is well worth a watch.

That’s it for this part then and we will speak to you again in part 2, but for now… good bye!