It’s been about one month since I last uploaded an episode of the podcast, but now LEP is back! Where have I been? Well, I got married (expect a podcast about that soon) and took some time off after that, and then I had lots of work commitments, comedy commitments and honeymoon-organising commitments and I didn’t have enough time to record an episode, but of course I’ve been waiting for an opportunity to speak into the microphone, and that opportunity came today. So here it is.

[DOWNLOAD] [AUDIOBOOK OFFER]
Introduction
Paul Taylor is with me for this one and we’re going to do another round of our vocabulary game, just like we did in episode 283.
That episode was called “Ten Fixed Expressions” but that now seems to be quite a dull title. Certainly, we did teach 10 expressions but the title seems a bit boring don’t you think? I’m wondering what to call this episode and I still can’t decide as I’m writing this. I always think that titles of my episodes should describe what is in each episode, and should also be fun and interesting enough to catch your attention. In this case Paul and I teach you ten expressions again, but we also have a chat about our recent news, and get very sidetracked by a negative review on TripAdvisor of one of our recent comedy shows.

The main aim of the episode is to play the vocabulary game and let you understand the meaning of ten English expressions but it also is a chance for us to mess around a bit and talk about other things if we feel like it, especially if it is entertaining or interesting for you.

So, should I call this episode “Another Ten Natural Expressions” or “Ten More Natural Expressions” or “Ten Natural Expressions (Part 2)”? Maybe “Vocabulary Game with Paul Taylor (#2)” is a better title? I can’t decide. I’ll choose the title when I’ve finished writing this and editing the episode together, and whatever title you see at the top of this page is the one I finally went for. I suppose you’ll probably be thinking – “Luke, the title doesn’t really matter. It’s the content that counts.” That’s true of course, but I do think the title is quite important for attracting new listeners to the podcast, and because it helps you to identify the main content of the episode. Let me know what you think about the title of this episode by leaving a comment below.

In This Episode
Anyway, regardless of my indecisiveness about the episode title, here’s what you can expect in this episode.

2. Conditions are almost exactly the same as in the recoding of episode 283. It’s boiling hot. I’m with Paul Taylor. We’re sitting in the shade, mostly, except for my leg which is in direct sunlight again. We’re going to play a vocabulary guessing game like last time we did this (episode 283).

3. What’s new Paul? He’s been doing more comedy gigs. We got a bad review for one of our comedy shows, and we talk about it a little bit. The wording of the review bothers us a bit (also the fact that it’s so negative of course). Here’s a picture of the review (below). What do you think of the description? Ignore the lack of a full-stop at the end of the second sentence. Is the comment slightly ambiguous? What does it really mean? Look at the review and then choose option a) or b).

One thing’s for sure, this person did NOT enjoy our show! You can’t please all the people all the time, and bad reviews are just a part of putting on comedy shows. So, never mind!

Anyway, in our conversation we use the negative review as a chance to talk about the importance of being dedicated, motivated and positive as a way of pushing through a barrier of resistance that you might experience if you want to really achieve something in life, like becoming a really funny comedian or learning another language to an advanced level.

4. The Ten Fixed Expressions & Vocabulary Guessing Game
The rules of this game are the same as last time. I’ll explain an expression to Paul and he has to guess which one I’m talking about. Listen to my explanations – can you guess the expressions before Paul does?

Here are the ten expressions I explain in the episode. Listen to the episode to get definitions and examples, or just google them for online definitions.

1 all’s well that ends well
2 an eye for an eye (and a tooth for a tooth)
3 and Bob’s your uncle
4 and pigs will fly!
5 that’s another kettle of fish
6 as cheap as chips
7 to ask for trouble
8 to be away with the fairies
9 to be back to square one
10 to be all ears

Listen all the way to the end of the episode to hear some out-takes of my introduction to this episode. What are out-takes? They’re the mistakes that are edited out of the final version of a film, song recording, or in this case a podcast episode. Sometimes it takes me a few attempts to get the introduction right. I might do nearly 10 failed introductions before I finally get it right and continue with the rest of the recording. They’re not normally intended for publication, but sometimes they’re pretty funny so I shared them with you at the end of this episode.

Don’t forget to leave your comments below this episode! Thanks for being awesome listeners and LEPsters and all that. You’re the best. Look forward to more episodes coming soon… 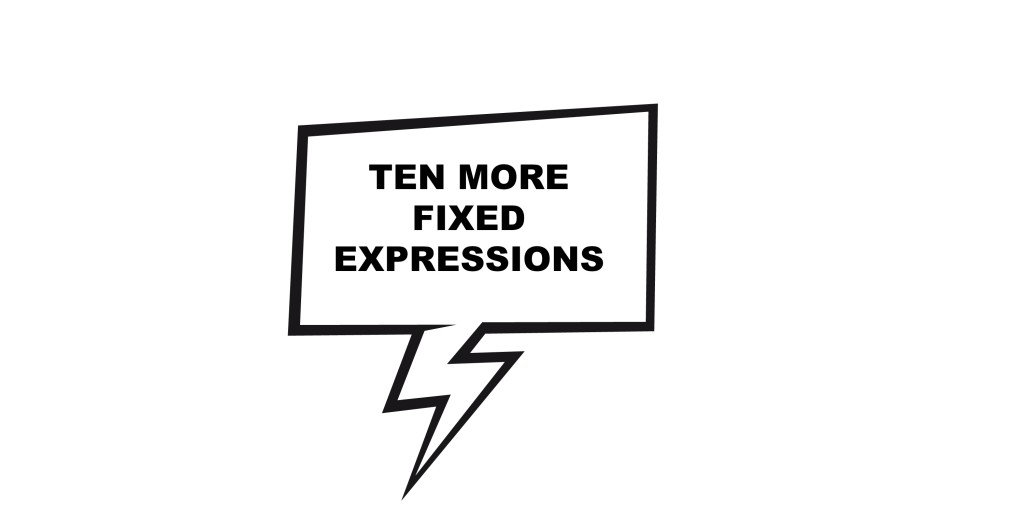