Welcome back to Luke’s English Podcast. Happy New Year. This is an episode of Luke’s Film Club, and this time I’m joined by my brother James as we talk about the new Star Wars film in full detail including our thoughts, theories, favourite bits and memorable characters. This episode is full of SPOILERS, so be warned if you haven’t already seen the film.

Let me tell you about the social English New Year routine, including all the typical questions we ask each other on our first day back at work in the new year. “Hi, Happy New Year” etc… (Listen to the episode for all the details of this bit).

I was back in the UK with my family. We started at my parents’ house, then a few days in London, then in Bristol with my cousin Oli. I managed to record a few conversations with my family members, which will be uploaded in podcast episodes over the next few weeks.

The first one is this episode which is a conversation with my brother James who you already know from previous episodes of the podcast. We decided to do an episode of Luke’s Film Club about the new Star Wars film in order to discuss it in proper depth, including some spoilers. I’ve seen Star Wars a couple of times since it was released a few weeks ago, and so has James. So, in this episode we talk all about the film in full detail including our thoughts, theories, favourite bits and memorable characters. This episode is full of SPOILERS, so be warned if you haven’t already seen the film.

Also, this is an extremely geeky episode as you’ll hear my brother and me talk at some length about Star Wars. I don’t think there’s anything wrong with being a geek really, because ultimately – what’s wrong with being interested and enthusiastic about specialist subjects? As long as it doesn’t take over your life in an unhealthy way, then I think it’s ok – so I invite you to embrace your geekiness in this episode, along with us.

I understand that you may be sick of Star Wars by now as the media have been going crazy about it for the last month or so. If that’s the case, don’t worry – other new episodes about different things will arrive on teacherluke.co.uk very soon. But for now, I feel I had to cover this topic in more detail just because it’s so close to my heart (because I’m Luke Skywalker) and I know that many of you my listeners are interested in this too, not to mention the fact that this may be the biggest movie event in history so far. So, here it is… Luke’s Film Club: Star Wars Episode VII: The Force Awakens, with special guest James Thompson.

Before we get properly started, you might be interested to know that the audiobook version of The Force Awakens is now available on Audible.com. It’s the official audiobook novelisation of the film, it’s 10 hours long you get loads of extra detail, scenes and storyline that you don’t see in the film. SO, if you’re a fan of Star Wars, why not download and listen to it? And, remember you can get it free as part of a 30 day trial with Audible – the world’s top provider of audiobooks. To get started, just go to teacherluke.co.uk/audible and sign up to  a 30 day trial, download any audiobook and if you don’t like it just cancel and keep the audiobook. The offer really is out of this world. Alright then, let’s get started with this new episode of the podcast. 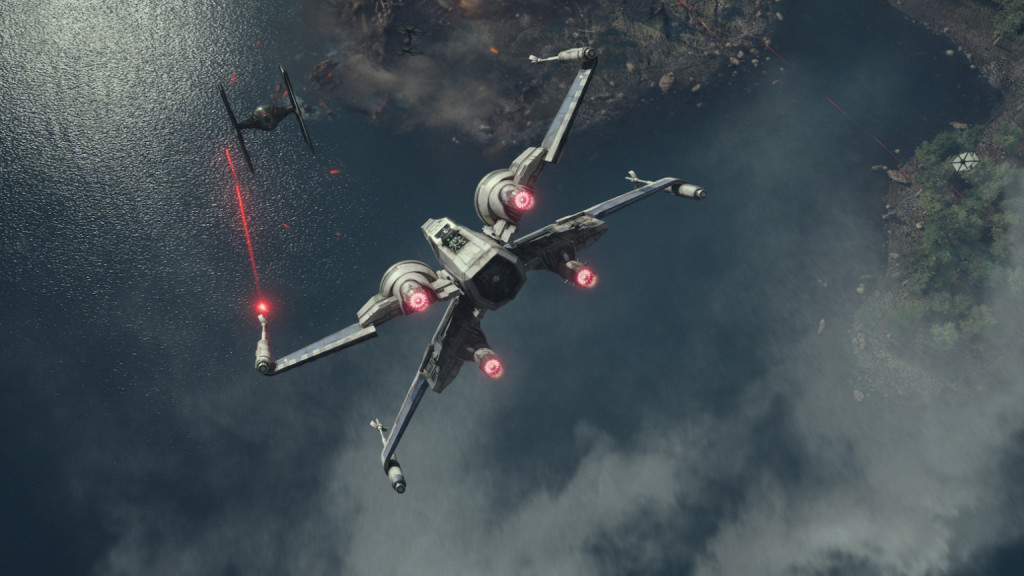 I saw Star Wars VII today. Here’s my reaction. Don’t worry, there are no spoilers.