Understand English as it is spoken by native speakers. Let’s listen to Karl Pilkington rambling about life, the universe & everything, and see what we can understand and learn. Karl is from Manchester, so we’ll be looking at some features of his accent, picking up plenty of vocabulary and having a bit of a laugh along the way.

Welcome back to the podcast. How are you doing today?

In this episode we’re going to do some intensive listening and use it as a chance to learn some vocabulary and pronunciation.

This episode should be a bit of a laugh as we’re going to take a deep dive into the world of Karl Pilkington and listen to his thoughts on some big issues like health, food, animals, holidays and just existence itself.

We’ll be looking at the different features of his Manchester accent, and there will be lots of vocabulary to pick up too as we are covering a range of different topics. You can also consider this as a little intensive listening test, as I will be setting questions that you have to find answers to, then going through each clip in detail and breaking it all down for language.

We last heard about Karl Pilkington on my podcast in episode 656 in which we listened to a couple of his Monkey News stories about a chimp that works on a building site and another chimp that pilots a space rocket.

Do you remember that? If you don’t, then get the LEP app and listen to episode 656. It was a very popular episode and it should make you laugh out loud on a bus maybe.

That was pretty funny stuff, and Karl is very funny even though he’s not actually a comedian. 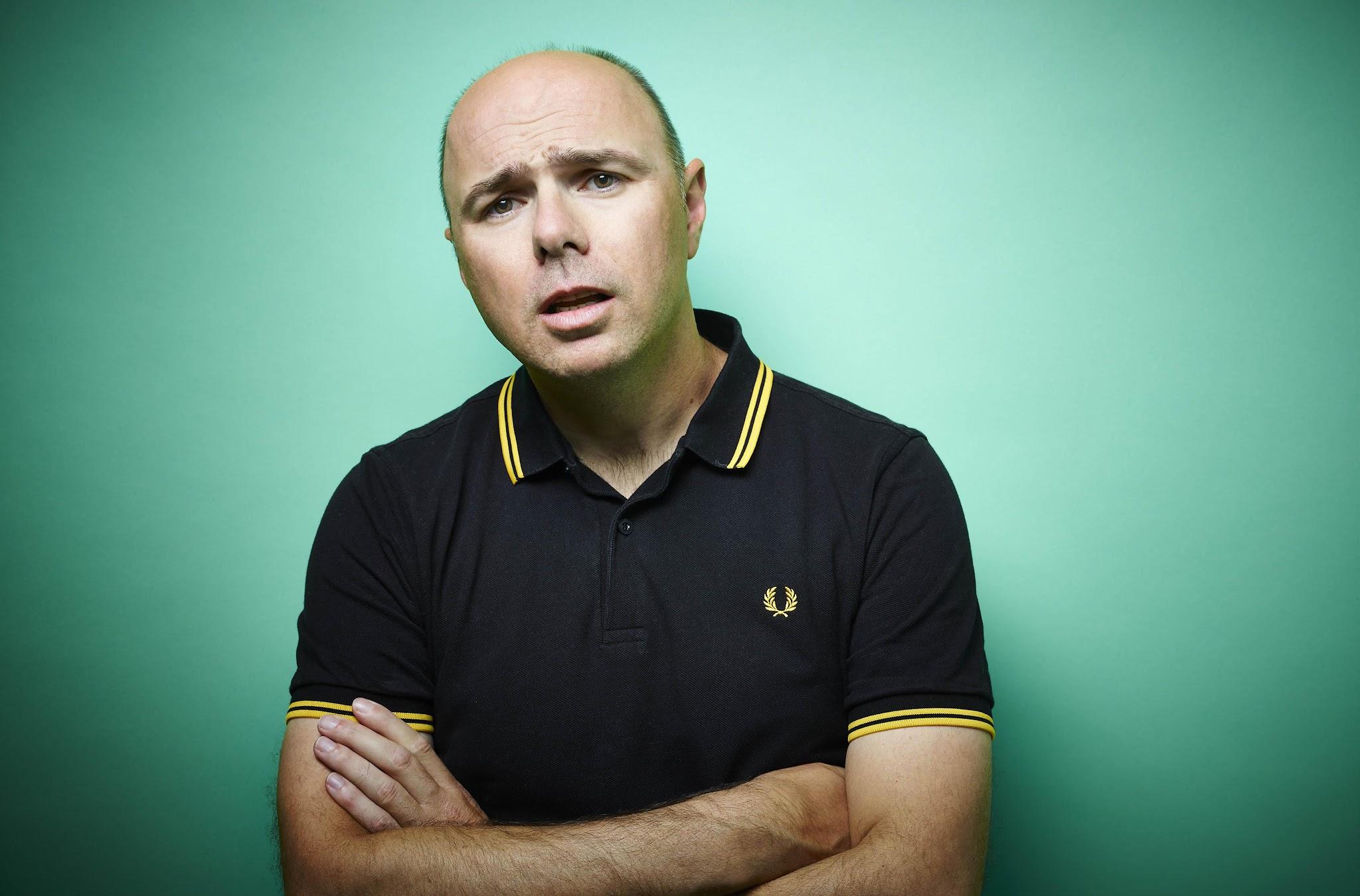 Who is Karl Pilkington?

To be honest, Karl Pilkington was most well-known about 10 years ago
and these days he’s not in the public eye as much as he used to be,
but he’s still a fairly well-known person in the UK, especially for Ricky Gervais fans.

Karl is just an ordinary bloke from Manchester who met comedians Ricky Gervais and Stephen Merchant when he worked for them as a radio producer in London. 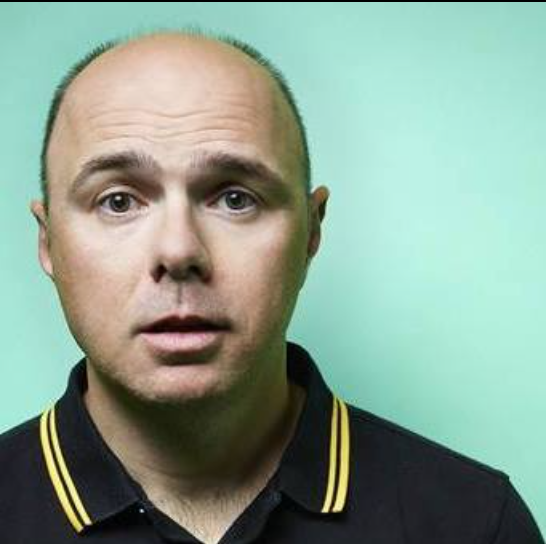 Later, Ricky invited Karl to be on his podcast in order to broadcast his weird ideas and inane ramblings to the whole world, and the rest is history.

The Ricky Gervais Podcast became a world record-breaker with over 300,000,000 downloads.

In episodes, Ricky, Steve & Karl would talk about big topics like religion, evolution, philosophy, nature, birth and death and Karl would often say some bizarre and hilarious things, apparently without intending to be funny.

Ricky was always slightly obsessed with Karl, and he always described him as “an idiot with a perfectly round head like an orange”.

After being on Ricky’s podcast, Karl went on to become a fairly well-known figure in the UK, doing more podcasts with Ricky, then TV shows, books and documentaries like “An Idiot Abroad”.

Karl is known for his funny and slightly odd musings and observations about life.

He comes from a working class background in the Manchester area, and his accent has many of the features that you would expect from that.

We will be going into the specific features of his accent in more detail as we go and this kind of follows on from episode 682 which was all about common features of pronunciation in England which are different to RP.

Which accent should you have?

So this episode is about one of the UK’s regional accents.

You might be thinking – Luke, by doing this episode are you saying that we should all learn to speak like Karl?

I’m not saying that. You can choose your accent, and many learners choose a neutral accent to learn, but it’s not all about learning an accent, it’s also about learning to understand different accents, and learning about the varieties of English that are out there.

So, you might not want to speak like Karl, but I certainly want you to understand Karl and the many millions of other people who speak English in a non-standard way.

So this episode is all about understanding an accent, rather than copying it. But of course you can copy Karl’s Mancunian accent if you like.

There will also be plenty of vocabulary coming up too as we pick apart the things that Karl says and the way he says them.

You’ll find it listed on the screen on the video version and also presented in text form on the page for this episode on my website.

We’re going to be using a series available on youtube in which Karl ponders certain big questions in just 3 minutes of video, originally broadcast on Channel 4 in the UK as part of their “3 Minute Wonders” series.

These are short videos in which Karl talks about his fridge, health, food, animals and holidays, covering each topic with his usual ramblings, all delivered in that Manchester accent, know what I mean?

I have about 6 recordings, which are about 3 minutes each (this could become two episodes).

Before I play the recording I’ll give you a little bit of context and I’ll set some questions.

Then you listen and try to get the answers.

Then I’ll break it down – listening to each bit again, with some explanations if necessary.

We’ll also pay attention to pronunciation – specifically his Mancunian accent. I’m going to break that down too, exploring the main features of that particular accent.

And I’ll sum up some of the vocab from each clip before moving on to the next one.

Karl goes around a museum looking at meteorites, dinosaur skeletons and endangered animals (stuffed ones or models) and muses about life in general medical science.

Here’s a summary of the main points regarding Karl’s Manchester accent.

Many of these features are common in people from the Manchester area, although not all people from Manchester will speak like this, and there are different degrees of it.

This is certainly Karl’s Manchester accent in any case.

A lot of what I’m about to say will include things brought up in the episode I did about Key Features of English accents, episode 682.

Go back to my episode called 682. Features of English Accents, Explained to find out more about glottal stops.

Karl recounts a conversation he had with a woman about going to the gym.

(gas and glass have the same vowel sound in Karl’s Manchester accent).

This is normal across all northern accents, and many accents in the midlands. I would use /ɑː/ because although I lived in the midlands for many years (half my childhood), my accent is mostly from the south because I’ve lived there more and my parents don’t have strong regional accents.

Come to my class. We do breathing classes.

The U sound in but, enough and much.

I pronounce it /ʌ/ but Karl pronounces it more like /ʊ/

Do you go to the gym much?

Karl talks about a new trend – eating things which shouldn’t be eaten.