Listen to a lovely bit of stand up comedy that will require quite a lot of breaking down in order for you to understand all the jokes like a native speaker, but there’s lots to learn in the way of language and culture in the process.

In this one we’re going to listen to a lovely bit of stand up comedy that will require quite a lot of breaking down in order for you to understand all the jokes like a native speaker, and there’s lots to learn in the way of language and culture in the process.

James Acaster is a popular stand up comedian from the UK who has won various awards, done Netflix specials, Edinburgh shows and who appears on panel shows and TV comedy programmes all the time. He’s now a very popular and well-known stand up in the UK.

I’ve got a clip of one of his performances from the New Zealand Comedy Gala in 2013 on YouTube.

I’m going to play the video in about two parts.

You have to try to understand it – not just what he’s saying, but why is it funny?

Then I’ll go back through the clip, sum it up, go through it line by line, breaking it down for language.

You can then listen again using the video on the page for the episode.

Who is James Acaster? (Wikipedia)
James Acaster is an English comedian originally from Kettering, Northamptonshire. (accent?)
He has performed for several consecutive years at the Edinburgh Festival Fringe and won two Chortle awards in 2015.[3] He has been nominated for Best Show five times at the Edinburgh Fringe.[4] Acaster has appeared on several panel shows, including Mock the Week and Would I Lie to You? He has a 2018 Netflix show entitled Repertoire, consisting of four hour-long stand-up comedy performances.[5] He has also written a book, James Acaster’s Classic Scrapes, consisting of true stories, most of which were originally told on Josh Widdicombe’s show on XFM.[6] He currently hosts panel show Hypothetical alongside Widdicombe and food podcast Off Menu with fellow comedian Ed Gamble.

Accent-wise
He’s originally from Northamptonshire which is in the east midlands. He doesn’t have a strong northern accent or a brummie accent, although I do think he would say “podcast” instead of “podcast” and “bath, grass, laugh” with that short a sound too.

The main thing is that he drops all his “T” sounds and also “TH” sounds.
So, “bring them” sounds like “bring em”
“Sitting in a tree, eating all the apples” sounds like “si’in in a tree, ea’in all the apples”
“Theft” becomes “Feft”
He also says “Raver” instead of “rather”.
All very common features of local English – dropping Ts and TH sounds is common all over the country.

What is his comedy style?
Whimsical (unusual, strange and amusing)
Thoughtful
Thinking of things in a different way, unconventional (quite normal in stand up)
Weird
Acting a bit cool even though he isn’t
Geeky looking, wears sweaters, clothes even a granddad might wear
Ginger-ish hair
Looks a bit like Jarvis Cocker 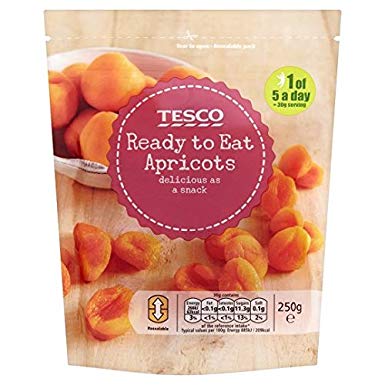 You get these bags of fruit in the UK (and elsewhere I’m sure) of fruit which is ready to eat.

It’s been cut up, washed, prepared. It’s ready to eat.

For example, you might get “ready-to-eat apricots”. That’s what James is talking about here.

Also, the expression ”You are what you eat?”

Play the clip: What’s the joke about apricots?

Stop and explain it

James went on a night out with a bunch of lads.

For James, this was not an enjoyable night.

It wouldn’t be for me either. I’ve never been one of those guys who likes to go out on a lads’ night out.

Lets me explain what a lads’ night out is like.

One of the lads, who has a girlfriend and yet plans to pick up a girl at the club, when asked why he didn’t bring his girlfriend, says “You wouldn’t bring an apple to an orchard”

An orchard is a place where apples are grown. It’s full of trees and there are apples everywhere. You might pay to access the orchard and pick the apples.

You wouldn’t bring an apple to an orchard. Presumably because you wouldn’t need to bring one because there are loads there anyway.

How about bringing your girlfriend to a night club. Is it the same?

This leads James to kind of question the logic of that statement and go off an a monologue about bringing an apple to an orchard and how that compares to bringing your girlfriend to a nightclub.

Play the clip: Do you understand all the comedy about the nightclub and bringing an apple to an orchard?

Stop and explain it

Going to a nightclub with a bunch of lads
One of them cheats on his girlfriend and you become an accessory to it, like it’s a crime and now you’ve become pulled into it. You’re involved in it, without intending to be, and you could go down, like you’re an accessory to a crime.

In this sense, you just have to keep a secret, you’re being expected to lie on behalf of someone else. The guy is a twat basically.

This lad says “You wouldn’t bring an apple to an orchard”.
But then James deconstructs this analogy in a brilliant way.

This is nuanced comedy which is subtly making fun of stupid lad culture in a clever and funny way, with some weirdness and surrealism.

Go through it line by line

One of the reasons I like it is that a lot of people might just say James is being weird and that he’s some sort of loser, but he’s absolutely right in my opinion and he’s just clever and not afraid to be himself and he embraces the slightly weird things in life, because let’s face it, life is weird.

Types of humour / how nuanced & subtle humour can be all about changing the context of the situation in order to reveal new perspectives.

This acknowledges the fact that there are many different perspectives or layers to any situation and a good comedian can make you realise a whole different underlying meaning by just changing one bit of perspective.

Despite the fact that I like this a lot and so do many other people, I’m sure plenty of others don’t find it funny because it’s not fast enough, there aren’t enough dynamic changes (he doesn’t change his voice a lot, a lot of the jokes are left to the audience’s imagination), it’s pretty low energy, maybe little things like (I can’t get into it – I just don’t like his hair cut or his shoes or something) and also some people just don’t really want to look at the world from a different point of view. Some people prefer more direct humour, perhaps with a more obvious target or more relatable things, like observational comedy or something.

As usual, I’m worrying that nobody will get it, but what’s the point of that? Some people just won’t get it because “you can bring a horse to water but you can’t make it drink”.

And it doesn’t matter. If you didn’t find it funny, that’s totally fine. At least you’ve learned some English in the process. :)

Here’s another short clip of James Acaster, this time talking about Brexit and comparing it to a tea bag in a cup.

Should you take the bag out or leave it in?

Should you leave the bag in or not?
If the bag stays in, the cup as a whole gets stronger. It might look like the bag is getting weaker in some way but it’s actually part of a good strong cup of tea.
If you take the bag out, the tea is actually quite weak, and the bag goes straight in the bin.

Do I even need to explain how that analogy works with Brexit?

Should the UK stay in or go out?

If the UK remains, the EU as a whole gets stronger. It might look like the UK is getting weaker in some way, but it’s actually part of a good strong union of nations.
If the UK leaves, the EU gets weaker and the UK goes straight in the bin.

You can watch James Acaster clips on YouTube.
You can see his Netflix specials “Repertoire” on Netflix
You can read his book “Classic Scrapes” from any half-decent book shop.

That’s it for this episode!