On the podcast today I am talking to a friend of mine called Fred Eyangoh. English is not Fred’s first language but he’s learned it to a proficient level – enough to complete a Master’s’ program in Business Management and Marketing in English and to do regular comedy shows in English too.

I’ve invited Fred onto the podcast because I want to talk to him about, how he develops and maintains his English, what life is like in the country that he originally comes from, and we do talk about those things – Fred says some interesting points about how he’s has pushed his English on his own, but also we ended up talking about lots of other things like history, geography and cutlery (that’s knives, forks and spoons).

You’ll hear that Fred speaks with an accent which is quite difficult to put your finger on – it’s hard to identify exactly where he comes from, and I’m not going to tell you right now, because I want you to guess, based on his voice. Where do you think he comes from?

You’ll see that although it’s his second language Fred’s English is precise and accurate in terms of grammar and he uses a wide range of vocabulary, and to a large extent that is down to the way he has applied himself to his acquisition of English.

We ended up talking for about an hour and fifteen minutes in this conversation, and I’ve decided to publish all of it in this one single episode, rather than dividing it into two episodes because I think it’s best enjoyed without interruption, as one continuous flowing conversation.

And that is the first thing that we talk about.

Let’s recap some of the things Fred said about improving your English.

Now, I know some of you are thinking – but he had some English lessons when he was 4, that’s cheating! Sure, that must have helped, but I know people who had English lessons from childhood at school but they still don’t have a great level of English. It’s not just that, it’s also the other things you do in your life.

OK, that’s it! Go the extra mile and push your English, but do keep enjoying it – that’s one of the most important things.

Check the website for some videos of the comedians Fred mentioned.

Fred is a great fan of comedy, and I always think that stand-up must be a great source of English you can listen to, and there’s so much of it on YouTube, and if you have Netflix you can find lots of great stand up comedy shows and they all have subtitles, so switch them on and go for it!

Here are some of the comics Fred mentioned.

Maria Bamford
She’s one of the top comedians in the USA right now. She tells stories using different voices to let us understand (and laugh at) the problems she experiences in her everyday life. She has been diagnosed with bipolar disorder and obsessive compulsive disorder, and she deals with both of those subjects in the most adorable and hilarious way, changing her voice to represent the different people in her life, cleverly revealing their attitudes and treatment of Maria. This video is a good example of the way she changes her voice to become a different person in her routines.

Chris Rock
An absolute mega-legend in comedy. Brave, sharp, honest and one of the funniest stand-up comedians ever. *Warning: rude content*

Louis CK
He’s generally considered to be one of the hottest standups in the world at the moment. Comedy is a question of taste of course (and Louis talks about some quite dark, edgy and offensive subjects) but Louis is really great. *Warning: rude content 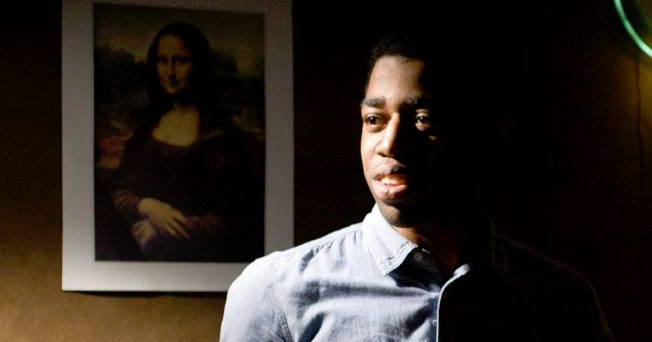